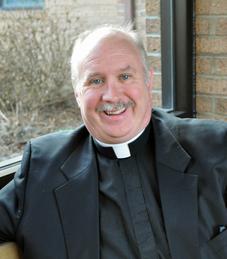 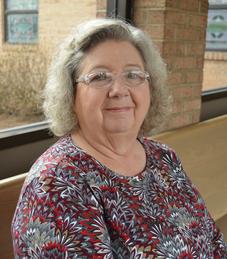 ​The Rev. Dr. C. Pierson Shaw, Jr. is a native North Carolinian who was born in Winston-Salem, NC but grew up in Greenville, NC in the eastern part of the state. He is a 1987 graduate of Appalachian State University with a Bachelor of Science in Music Merchandising with a minor in Marketing and Military Science.

He is married to Karen Foil Russ Shaw and they have two daughters, Sarah Russ and Taylor Russ. Pastor Shaw was awarded a Master of Divinity in 1994 from Lutheran Theological Southern Seminary (LTSS) in Columbia, S.C., now a part of the Lenoir Rhyne University. In June 1994 he was ordained into the Evangelical Lutheran Church in America. In 2005 Pastor Shaw completed an advanced degree with a Master of Sacred Theology in Church History and Theology at LTSS. For two years Pastor Shaw, Karen, Sarah and Taylor lived in Ontario, Canada, while Pastor Shaw attended the Toronto School of Theology (TST) in the University of Toronto. In November of 2011 Regis College in TST awarded Pastor Shaw, only its second Licentiate in Sacred Theology (STL) in the history of the Jesuit school, to a Protestant student. After defending his dissertation under the title: Toward a Renewed Theology and Practice of Confirmation in June of 2015, the University of St. Michael’s College at TST in the University of Toronto awarded a PhD to Pastor Shaw in Systematic Theology in November of that same year. In addition, The Rev. Dr. C. Pierson Shaw, Jr has completed certification for Coaching with the ELCA’s coaching.net having completed both Level I, with a Level II Coaching in Discipleship. Dr. Shaw serves as Pastor of Bethany and  as Adjunct Assistant Professor in Religious Studies at Lenoir Rhyne University in Hickory.

Taylor is available to Lutheridge Camp and Conference Center and the other Campus of Novus Way Ministries in hospitality. Sarah is a graduate of the University of North Carolina in Charlotte, having graduated Magna Cum Laude in Art Illustration. She is teaches art classes in Fountain Valley, CA. Karen is a homemaker and is involved in numerous ministries at Bethany including the knitting and crocheting ministry which makes “Prayer Shawls” and items for the care and ministry to members and non-members. She is also planning to work with the quilting ministry as it begins at Bethany. Pastor Shaw believes that the Church is called as never before, in the 21st Century to be the Church for others in the world, as she offers guidance and support to those who seek to become Christian disciples in the world. The Church is compelled to make disciples as she receives seekers who are called by God’s Holy Spirit to the waters of life through the Sacrament of Holy Baptism, or to seek to live out their Christian Baptism in daily life.​

Myra Rogers Long began serving as Director of Worship and Music Ministries in May 2018. Myra is the wife of The Rev. Terrell G. Long, Jr., retired ELCA Pastor. Myra is herself a native of Richfield, NC in North Stanley County. She attended Pfeiffer College in Misenheimer, NC and Guilford Technical Institute (now College) in Jamestown, NC, where she received an Associate degree in Nursing. She retains her licensure as a Registered Nurse, although much of her attention is directed toward her work at Bethany. She studied piano for seven years, and organ for two years. She serves in the work of planning hymnody, liturgies, and special music for worship services at Bethany, as well  as accompanist for the Early Service, Organist for the Late Service, Director of Choir, and soon we hope to begin rehearsals with handbells. She and Pastor Long have two daughters who are both married. We know that anyone who is led by the Holy Spirit to join us for any of our services will appreciate the gifts that Myra brings to Bethany. 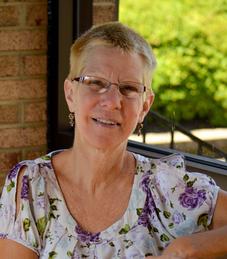 Carol Alley has been serving as office administrator at Bethany since 2006. She handles correspondence for church staff, committees, and various groups of the church. She also sees to the needs of the congregation, finances, and all church publications. She enjoys working with people of all ages and loves to serve the Lord and the people of Bethany.  She smiles when talking about her true blessings--her two children and two grandchildren.